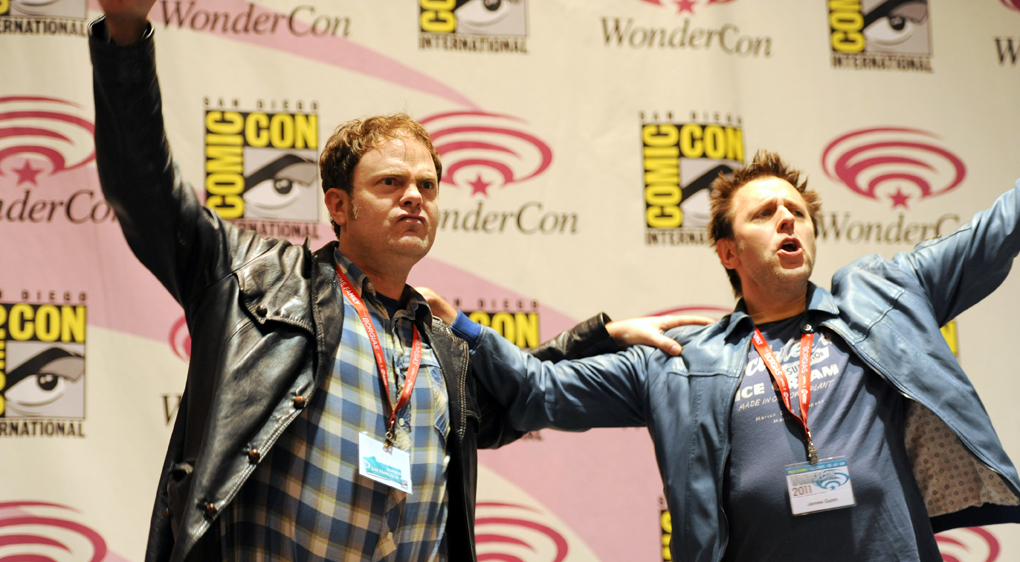 There’s a joyful nostalgia in looking back at photos from previous comic cons, recalling the clever cosplay, the rousing panel sessions and celebrity appearances, and the encounters with friends old and new. I’m also struck by how often the creators of hugely popular movies, TV shows, and comic books — people who now fill the largest venues at the con — were, just a few years ago, appearing in modestly attended panels in small, intimate rooms.

At Comic-Con International: San Diego in 2011, Felicia Day headlined the panel on “The Evolution of Web Series: The Guild to Dragon Age” in a moderately sized 480-seat room. Seated in the audience with the fans were Kim Evey, the producer of Day’s popular web series The Guild, and The Guild actors Jeff Lewis and Sandeep Parikh. After the panel session, Lewis and Parikh lingered in the hallway posing for photos with fans.

Felicia Day has returned to San Diego Comic-Con in subsequent years, hosting panels in progressively larger venues. This year, as with last year, Day along with friends and colleagues from her production company Geek and Sundry will hold court in the 2663-seat Indigo Ballroom and host offset events in Petco Park.

At ReedPop’s  New York Comic Con 2010 , director Gareth Edwards played clips from his first feature film, Monsters, in a small room, sparsely filled with attendees. Following the presentation, Edwards hung around the Magnet Releasing booth, chatting with anyone who stopped by. With a minimal production budget, the film grossed $4,242,978 worldwide and catapulted Edwards to Hollywood, where he directed the 2014 blockbuster Godzilla, which amassed a worldwide gross of $529,076,069. Edwards is currently directing the next installment in the Star Wars franchise, Rogue One: A Star Wars Story.

Later than evening, Gunn introduced a free screening of the film. Plenty of seats were available for last-minute, walk-in attendees. The film grossed a modest $327,716 on a budget of $2.5 million. Yet Gunn’s quirky directorial style effectively navigated the film’s shifts in tone from broad comedy to fierce action-drama, and led to his next major project: helming Marvel’s summer mega-hit Guardians of the Galaxy, which pulled in a worldwide gross of $773,312,399.

At this year’s San Diego Comic-Con, Gunn is expected to be back again, introducing the cast of Guardians of the Galaxy 2 in the event’s largest venue, the 6,500-seat Hall H. Unlike at WonderCon five years earlier, when walking in at the beginning of the session was sufficient to secure a seat, gaining access to Hall H on Saturday this year — which includes major presentations by Warner Bros. and Marvel Studios, among others — will likely require camping out in line starting Friday Night.

Each year’s Comic-Con includes pop culture creators poised to shake up the world with their forthcoming projects. My advice: Rather than camping out for hours in hopes of entering Hall H at San Diego Comic-Con, check out some of the events in the smaller rooms. You might gain an early glimpse of the future.