The Writing on the Wall: New York and Philly in the Early 1970s Before the politically adroit stencils of Banksy, the beautiful calligraphic designs of Retna, and the clever humanoid figures of stikman, most graffiti consisted of simple tagging. Writing your name -- or, more commonly, your nickname -- on as many locations as possible … END_OF_DOCUMENT_TOKEN_TO_BE_REPLACED 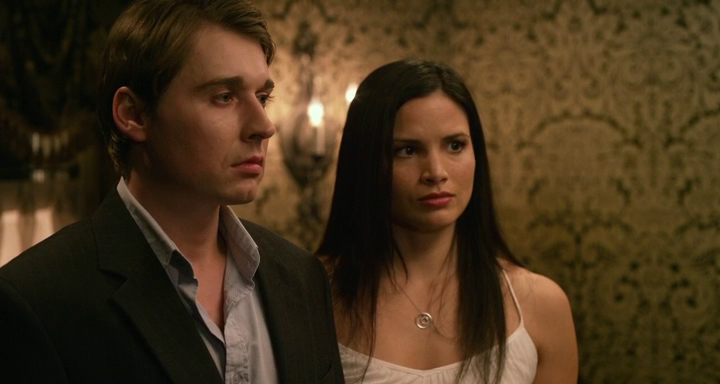 Several compelling horror films -- from Robert Wise's classic The Haunting to Jennifer Kent's terrifying The Babadook -- skate along an ambiguous boundary between psychological disintegration and truly supernatural horror. Apparition also explores this territory, with mixed success. Directed by Quinn Saunders from a script by Pete Cafaro and Andrew Kayros, Apparition is a portrayal … END_OF_DOCUMENT_TOKEN_TO_BE_REPLACED

The Maltese Falcon begins with the murder of Sam Spade's partner Miles Archer, a crime that takes place in a fog-shrouded San Francisco alley. As portrayed in John Houston's 1941 film, however, the location of the murder seems rather puzzling. After an establishing shot of a street sign -- the intersection of Bush St. and Stockton … END_OF_DOCUMENT_TOKEN_TO_BE_REPLACED

This article contains major spoilers for the movies Gravity and Cast Away. If you haven't seen both films, you may not want to read it. Based on the trailer and preview clips I had seen, the title of the Alfonso Cuarón movie Gravity perplexed me. Doesn't the entire film take place in outer space, where … END_OF_DOCUMENT_TOKEN_TO_BE_REPLACED